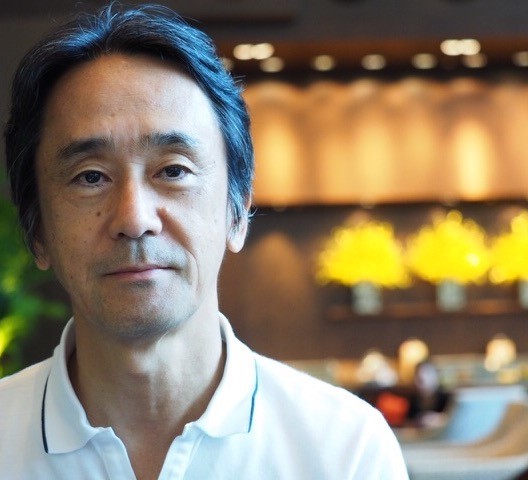 In a follow-up on Alon’s Casio factory visit last month, I got presented the honor of interviewing Mr. Etsuro Nakajima by email. Nakajima-san spent an impressive 39 years at Casio, starting only a few years after the release of the original CASIOTRON watch, only to celebrate his last day the very day he and Alon met – his last function at Casio being Senior Manager of the Module Development Department at the Timepiece Devision. After a well-deserved holiday with his family, Nakajima-san now serves as Representative Director of The Horological Institute of Japan. I think you can imagine I was very curious to hear about his career and his view on watches!

Nakajima-san, I was told you worked at Casio for a staggering 39 years. Can you tell me a little bit about how you first got to work with the company?

Right after I graduated from university, I entered Casio. I started my career as a watch module engineer.

Can you tell us a bit about the various positions you have had at Casio?

After two years of experience as a watch module engineer, I moved to the planning group, then went to US office in NJ to work as a planner. I proposed the idea of the running watch to R&D in Tokyo , then came up with the first runner’s watch with lap timer function. I spent almost two years in US, and since then I was involved in a planning for both watch modules and watch brands for 35 years in Japan.

What was it in watches that drew your attention?

All factors such as brand, design, technology, material, and of course price. I believe that they will be the same for all customers, but only the ratio is different.

Can you tell us about some of the projects you have worked on?

What is the project you are most proud of?

The projects such as altimeter using low power sensor which lead to the creation of brand called PROTREK, and radio control technology which resulted in the brand creation of OCEANUS. We have proved within Casio that the key technology has been used to strengthen the existing brands such as G-SHOCK, but also could be the core value for new brands.

Last week you celebrated your last day at Casio. What made you stop after all this time?

I decided to leave Casio because I thought it would be easier for younger generation to work freely, though I had three more years to retire at age 65. I had a feeling that I have done what I had to do at Casio.

Can you tell us a little bit about your personal watch collection?

I do not have a big collection of watches. Only a few pieces.

That’s interesting.. so what is the watch you wear most?

Right now, I wear OCEANUS OCW-G1100 special version with my name and the date of my last day engraved. 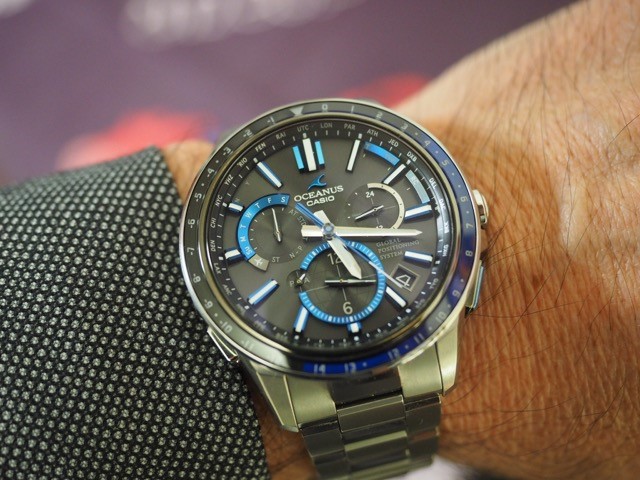 What is your favorite Casio watch? 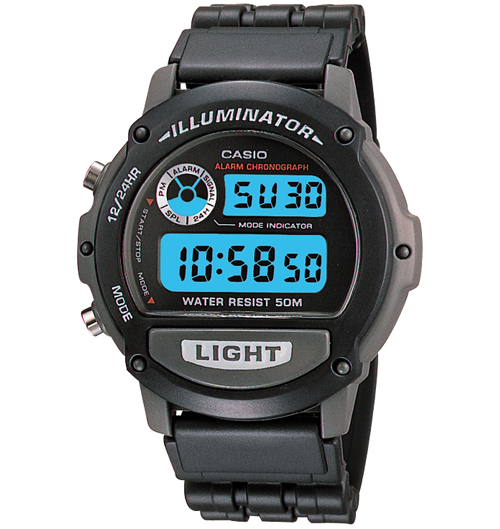 What would you consider to be your ‘dream’ watch, if money were no object?

Either a mechanical or electronic watch which lasts for more than 100 years with no maintenance to be worn by generations.

I have to ask: the Apple Watch. What is your opinion?

This is my personal view; Apple watch will be successful in 2-3 years and will become a number one watch brand in the world in sales amount. But I assume that the sales of Apple watch is not a main goal for them, they are trying to capture the big data for payment and health or other personal info which is not that easy now. I guess that Google is in the same game.

Do you think it will change the horological landscape like quartz did?

I heard years ago that it will change the watch distribution, it is a revolution of the watch industry. We all remember what happened to CD shops in the past. We buy songs through online store now. This could happen to watch industry in a smaller scale. Because there are still millions of customers who want to buy Swiss brand or non smart watch brand at the watch stores, the impact of Apple watch may be marginal.

We understand you will now be joining the Horological Institute of Japan. Can you tell us a little bit about this institute? What are its objectives?

I work as Representative Director at Horological Institute of Japan since the beginning of 2015. We have some annual event such as Micromechatronics Annual Meeting, Inspection tour, and workshops. The Horological Institute of Japan has a long history. It has been a place for an exchange of technical ideas among members from timepiece industry and those who are engaged in its applied technology. The members from both watch industry and universities have been primarily engaging the activities for survey or research on timepiece and its technology at the Horological Institute of Japan. We are open not only to watch and clock manufacturers or universities, but to the parts or device makers, timepiece distributors, after sales service industry, and all other interested parties.

What will be your position at the Horological Institute of Japan?

Do you see any major differences in watch buying & collecting in Japan versus other parts of the world?

I do not know much about the difference in watch collecting or the collection itself, but buying should be definitely different depending on where you are.

How do you see the future of digital & high-tech watches?

Since Casio started a watch business with digital model in 1974, world market share of digital watch remained the same. I believe there will be a certain market for more advanced digital watch with better display and other values. When I am running, I prefer to wear digital watch with connecting feature with iPhone. It is easy to read pace, distance, heart rate, on digital display.

High-end watchmaking is very much focused on mechanical movements. Do you think Casio should venture into this area?

Last but not least: Do you have any insiders-tips on new Japanese watchmakers and watch brands we should be keeping an eye on?

I would like to thank Nakajima-san for answering the questions we cooked up. Best of luck on your new endeavor!