NEW: the surprising return of the IWC Portugieser Rattrapante 3712 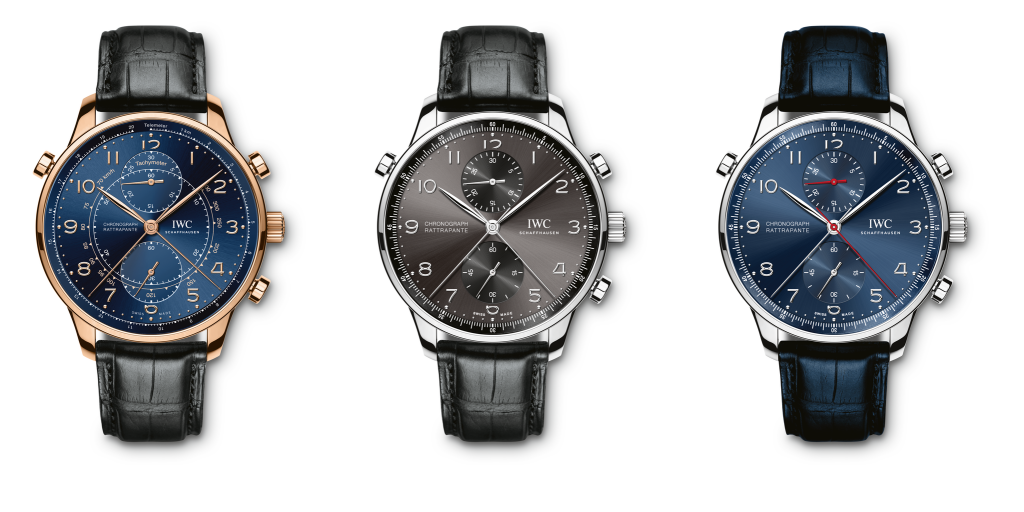 The end of 2016 marks the surprising return of the Portugieser Rattrapante in -for now- three different iterations. This watch, reference 3712, had been absent from the collection for some 10 years.

The IWC Portugieser Chrono-Rattrapante 3712 was introduced in 1995, accompanied by the less complicated -and highly popular- 3714 in 1998, and finally discontinued after the introduction of the Italian-market limited edition IW3712-14 in 2006. But this year IWC decided to bring this cult-classic C back to life with a series of limited editions dedicated to three of its European boutiques;

– The IW3712-15, a limited edition of 100 units in red gold, was created in honor of the Milan boutique. It features a blue dial with both a tachymeter and telemeter scale.

– The IW3712-16, a limited edition of 200 units in stainless steel, was created in honor of the Paris boutique. It features a grey / black dial.

– The IW3712-17, a limited edition of 200 units in stainless steel, was created in honor of the Munich boutique. It features a blue dial.

While at the time of writing this little update the -15 and -17 were already launched, details on the -16 are still a bit sketchy. I will update ASAP.