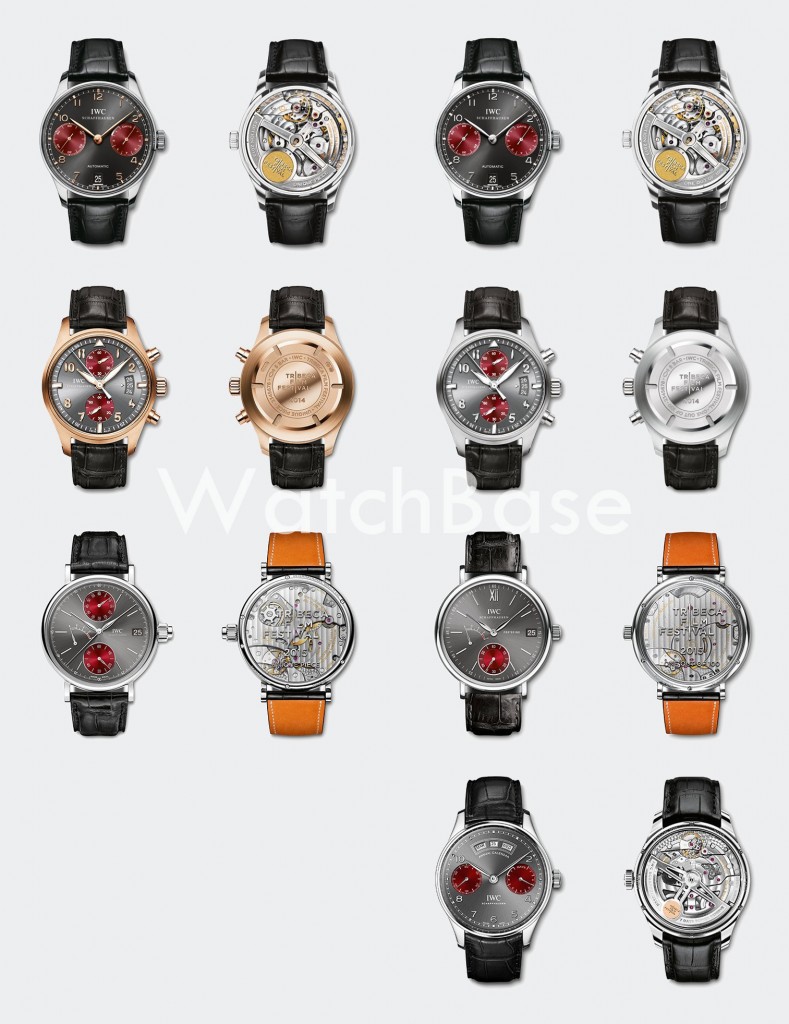 In the last couple of days I’ve been updating our IWC watch database – adding prices, refining descriptions, and adding new (and old) watches to our existing catalogue.

With a total of 556 IWC watches currently in our database, we’re slowly getting there – yet there are many missing – most notably many limited editions and dealer / country specials. Do you own a Portugieser Rattrapante ‘Cortina’, a 5021 Pisa or another IWC that’s still missing? Please email me with pics & description and I’d love to add it.

But back to what we do have. I did a full list of IWC Laureus models before, but it’s now updated with the 2016 Portofino Moonphase. While I suspect both the title as well as the pic sorta gave it away, today I’ve compiled another cool list – all IWC Tribeca Film Festival watches.

IWC is an official ‘Festival-Time’ partner of the Tribeca Film Festival since 2013. It has since made it a habit to release a limited edition watch in honor of the festival each year. For the first three years, these limited editions were accompanied by a unique watch auctioned off to benefit the cinematic arts – note that it could very well be the case that the 2016 1/1 watch is yet to be released.

Click the links below for information -most of them including prices-, pictures and detailed info;